Mostar is the biggest city of the Hercegovina region with population of 120.000, and it’s the fifth biggest city in country. City was named after the bridge keepers (mostari) who in the medieval times guarded the Stari Most (Old Bridge) over the Neretva.

The Old Bridge, built by the Ottomans in the 16th century, is one of Bosnia and Herzegovina’s most recognizable landmarks, and is considered one of the most exemplary pieces of Islamic architecture in the Balkans. The Austro-Hungarian Empire absorbed Mostar in 1878 and it ruled there until the aftermath of World War I in 1918. During this period, Mostar was recognized as the unofficial capital of all of Herzegovina.

During the period of Austro-Hungarian rule (1878–1918), Mostar’s city council cooperated with the Austro-Hungarians to implement sweeping reforms in city planning: broad avenues and an urban grid were imposed on the western bank of the Neretva, and significant investments were made in infrastructure, communications and housing. City administrators like Mustafa Mujaga Komadina were central players in these transformations, which facilitated growth and linked the eastern and western banks of the city. Noteworthy examples of Austro-Hungarian architecture include the Municipality building, which was designed by the architect Josip Vancas from Sarajevo, Residential districts around the Rondo, and Gimnazija Mostar from 1902 designed by František Blažek.

Between 1992 and 1993, after Bosnia and Herzegovina declared independence from Yugoslavia, the town was subject to an 18-month siege. The Yugoslav People’s Army (JNA) first bombed Mostar on 3 April 1992.

In the 1990s conflict, however, most of the historic town and the Old Bridge, designed by the renowned architect Sinan, was destroyed. The Old Bridge was recently rebuilt and many of the edifices in the Old Town have been restored or rebuilt with the contribution of an international scientific committee established by UNESCO. The Old Bridge area, with its pre-Ottoman, eastern Ottoman, Mediterranean and western European architectural features, is an outstanding example of a multicultural urban settlement. The reconstructed Old Bridge and Old City of Mostar is a symbol of reconciliation, international co-operation and of the coexistence of diverse cultural, ethnic and religious communities.

Hostels in this city 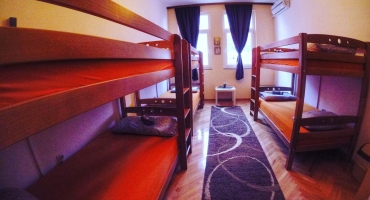 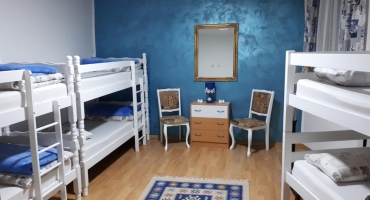